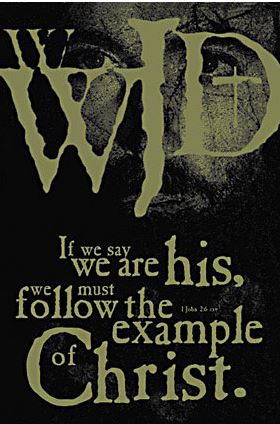 James Hood, in his article Muslims in Evangelical Churches poses the question whether loving your neighbor means opening the church doors to false worship? Hood highlights two churches, which opened their doors for Muslims to use the church buildings as mosques. At Heartsong Church in Cordova, Tennessee, pastor Steve Stone came to the decision to allow Muslims to worship on church property by asking the question, “What would Jesus do?” At Aldersgate Methodist church in Alexandria, Virginia, pastor Jason Micheli appealed to evangelical and exclusivist reasoning stating, “When we say that Jesus is the only way to the Father, we do not just mean our belief in Jesus is the only way to the Father. We also mean Jesus’ way of live is the only way we manifest the Father’s love.”

There are multiple theological issues at play in these scenarios and throughout Scripture the Great Commandment[1] and the Great Commission[2] are among the top appeals Christ calls His followers to perform and embody. In the Old Testament, the Shema[3] calls followers to love the Lord their God above all others, so the issue of allowing idol worship to happen in the church is a highly debatable topic. While the church is not confined to the traditional four walls, there is precedence with the Great Commandment, the Great Commission, and the Shema, which cannot be ignored. Peter C. Craigie illustrates:

The Shema ultimately means: ‘Yahweh is our God, Yahweh is ‘One.’ These words, which have been called the fundamental monotheistic dogma of the Old Testament, have both practical and theological implications. The Israelites had already discovered the practical implications when they… discovered the uniqueness of their God… [and it] was because they had experienced the living presence of their God in history that the Israelites could call the Lord our God. The theological implications and the context of this verse indicate its source as a direct revelation from God. The word expresses not only the uniqueness but also the unity of God.[4]

Growing up in a military community, the base chapel was shared by a multiplicity of denominations, some Christian and some far from it and it was the job of the chaplain to relate to multiple denominations of faith. This model and upbringing makes the Muslims’ use of Christian churches seem less about theology and more about embodying the love and compassion of Christ. At the same time, one cannot ignore when Jesus entered the temple and drove out all who sold and bought in the temple, and he overturned the tables of the moneychangers and the seats of those who sold pigeons saying to them, “It is written, ‘My house shall be called a house of prayer,’ but you make it a den of robbers.”[5]
If the churches in this article had opened up their doors as shelters due to a state of emergency, this writer wonders if it would have been an issue at all. Ultimately it comes down to stewardship. What churches do with what God has entrusted to them is the fundamental question. This writer believes by opening the doors and allowing the Muslims to use the facility acts as an olive branch of peace, which over time will hopefully develop into relationships, and is where the Great Commandment and the Great Commission will have the ability to be applied. Jesus came to seek the lost, the sick, and the hurting people. Christians must realize, “the church is not a museum of saints, but a hospital for sinners,” and by opening the doors to Muslims they have increased their mission field exponentially.