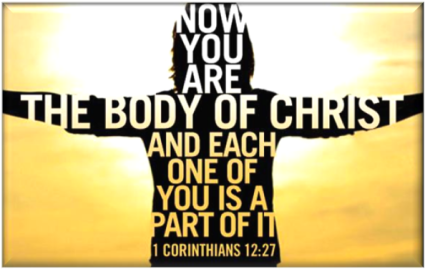 In 197 AD, Tertullian coined the phrase, “The blood of the martyrs is the seed of the church.” Immense persecution faced the early church, but despite these severe conditions, the church thrived and actually grew. As Russ Barksdale illustrates, “When Jesus left this world and He ascended into heaven, He sent the Holy Spirit and the church was born. The church now represents the body of Christ, Jesus as the head, and the church as His arms and feet, carrying out ministry efforts”[1] (Ephesians 1:23). Ultimately, followers of Christ are called to emulate Jesus in thought and deed; therefore, what breaks the Lord’s heart should also break the heart of His followers. When Jesus chose to send His disciples out in pairs, this approach showed He knew it was not good to be alone, especially in ministry. Joel Comiskey explains when the disciples entered a home, “They were supposed to convert the members of that particular household, and reach the other homes from a base location – rather than witnessing from house-to-house (Luke 10:7). Remaining in a house only makes sense if, beyond the initial proclamation of the kingdom message, the messengers stayed on to further nurture and establish a faith community.”[2] This strategy led to households being converted to Christ and new home churches being formed. This method was extremely effective, but is rarely seen anymore in America today. However, in Africa, Asia, and South America, this is the model being used, and there is currently a major shift in Christianity taking place. While America used to be the nation that sent missionaries to foreign places, she is now a nation where missionaries from all over the world are being called to bring the gospel message back. The local church remains the hope of the world, but only when the church truly seeks His heart, hears His voice, and does His will.

The local church also plays an enormous role in the advancement of the gospel message because the world judges Jesus, based on the actions of the local church and Christ followers. Throughout history, during trying times, in difficult circumstances, or when people face immense loss, the local church is often the first place one turns to in order to find answers and help. It is in these instances, the local church must be prepared to offer love, acceptance, and forgiveness, essentially becoming the physical manifestation or presence of the Lord Jesus Christ. John Bisagno illustrates, “The word church in the New Testament is used in two different ways. The first is the universal or invisible church. When you become a Christian, the Holy Spirit baptizes you into oneness, not only with Jesus, but also with all other believers. It is a church that exists beyond buildings, denominational lines, and international boarders. It is the body of Christ, the family of God on earth.”[3] The use of the word only represents only ten percent of instances it is used in the New Testament, but nonetheless points to the universal aspect of the church.

Bisagno then shows the second use of the word refers to, “A visible, locally assembled body of baptized believers, honoring Him, worshipping together, edifying one another, and winning the lost.”[4] It is in this writer’s opinion, Jesus had this in mind when He said, “On this rock I will build My church” (Matthew 16:18). R. T. France further demonstrates how Ekklēsia, “Was a common Greek term for an assembly of people (political and social as well as religious), but in a Jewish context it would be particularly heard as echoing its frequent LXX use for the assembly of the people of God, which denotes the national community of Israel. Jesus speaks with extraordinary boldness of My ekklēsia.”[5] Unfortunately, due to man’s fallen nature, the church is far from being perfect, but this does not change the fact that Jesus came to establish the church and that He would ultimately give His life for the church. Upon this premise, Bisagno explains, “Christ continues to indwell the church, and one day He will come to receive His church. She is [still] His bride, and He is her groom… God’s church has grown and flourished and will do so until Jesus comes to take her to heaven… [Despite] the church being flawed, imperfect, wrinkled, and blemished, her end is not yet.”[6] The health of any church will be directly correlated with its impact within the community. The church is not limited by four walls and must reach far beyond them to have any chance to impact a lost and hurting world. What one fears the most or least wants to do is often exactly what God is calling the individual or organization to do. God is greatly expanding His church, and the sooner His followers come together, working towards a common goal, the more God will be able to do in and through the local churches and the more glory He will receive.