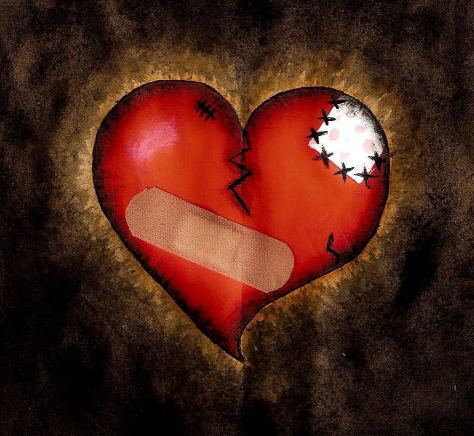 Forgiveness is the key to freedom and Brian Wilson and Brad Hoffmann are of the opinion, “When we offend another, we should not solicit their forgiveness. What others do or refuse to do in light of our confession isn’t the point. Our part on the road to reconciliation is simply to confess and repent.” This is a profound and for many people a troubling statement, due to the deep pain that occurs during an offense. This discussion board will offer why one should agree or disagree with this statement, while also demonstrating what most churches practice, and what most church members believe, as a result of this teaching. In addition, this assignment will also demonstrate what this writer believes should be taught, based on Wilson and Hoffmann’s concept.

To some degree, I believe in their assertion, but it took reading over it a few times in context and ultimately comprehending the rest of their plan regarding reconciliation and restitution, as they both bring about a proper understanding of their position. From the ministry perspective, I have seen people in such bondage on the issue of forgiveness and un-forgiveness. The very people who will not forgive others are essentially prisoners to the ones that have wronged them, whether the offense is real, valid, or not. In a like manner, those who do not seek forgiveness are either blind to their own sin, or they have rationalized their actions, and feel a sense of entitlement. It is amazing what lies and justification can be spun in one’s mind when sin is no longer regarded as sin.

What Most Church Members Believe

Most churches teach several biblical principles regarding forgiveness and reconciliation. The first is, “For if you forgive others their trespasses, your heavenly Father will also forgive you, but if you do not forgive others their trespasses, neither will your Father forgive your trespasses.” The second occurs when Peter asked the Lord how many times he should forgive someone who sinned against him. This was not uncommon during that time frame where some rabbis instructed people to forgive anywhere from three to seven times based on Amos 1:3 and 2:1.

However, John Butler demonstrates, “This attitude of forgiveness seems more concerned about forgiving too much [rather] than about forgiving enough. It is of the same sick spirit, which prompts people to seek the minimum requirement to satisfy God in regards to their duty.” Wilson and Hoffman also demonstrate, “Genuine repentance and reconciliation will result in an ongoing pattern of restitution, making a habit out of such healthy actions.”

Lastly, Jesus instructs Christians, “If your brother sins against you, go and tell him his fault, between you and him alone. If he listens to you, you have gained your brother. But if he does not listen, take one or two others along with you, so the evidence of two or three witnesses may establish every charge.”

Practice of Most Church Members

Doing as I say and not as I do has become the norm in today’s culture. People remember what they should forget and they forget what they should remember. God instructed His disciples it would be by their love that the world would know they were His followers. This is not the case today in America and around the world. People know more about what the church is against than what it is for. Wilson and Hoffman illustrate, “To fully reconcile our horizontal relationships, some form of restitution may be needed [and] a desire for restitution is a natural byproduct of genuine repentance.”

Despite having these wonderful instructions available to the church, many Christians do not follow its commands and Jesus made it very clear, “If you love Me, you will obey my commands.” It falls on the leadership of the church to help educate the body in the understanding and enacting of this model for forgiveness and also to help facilitate the various steps. In some cases, someone in leadership within the church has committed the wrong and this presents a huge problem when not addressed properly and in a timely matter. This is a process that cannot be rushed and also one that cannot be ignored when an offense does occur. The longer an offense goes unaddressed, the more chance the schism will only grow into a larger issue, sometimes to the point where the original offense is forgotten and now in its place is nothing but contempt for the individual and often times against anyone on their side.

What Principles Should be Taught, Using the Author’s Concept?

As Wilson and Hoffmann suggest, “Restoration isn’t simply a matter of agreeing with God about your situation. We must also repent, changing our future course.” This point is fundamental when teaching people about the restoration process because, “Genuine repentance and reconciliation will also result in an ongoing pattern of restitution, making a habit out of such healthy actions.” The problem arises when someone confesses their sin and feels powerless and helpless until the other person forgives them. This is extremely problematic because it places that individual in bondage to the person harboring un-forgiveness in their heart. The authors are correct in proposing one should not solely focus on receiving forgiveness, but this writer feels that should be the motivation behind the act of seeking reconciliation.

There are also inherent dangers in seeking premature forgiveness or seeking it for the wrong reasons. Genuine confession and repentance is what God requires to restore fellowship with Him and this writer believes the same is true with interpersonal relationships. While forgiveness does not mean you are forgetting an offense, it does mean you are not going to allow Satan to turn it into a stronghold and that you are also not going to allow it to become a stumbling block in the restoration process.

In addition to Wilson and Hoffman’s restoration model, this writer also believes in the importance of renewing one’s mind. There is an inherent danger, when an area sin is vacated because if it is not filled with God, the latter condition of the individual will be worse than before. As the authors suggest, “Renewing the mind to better match God’s viewpoint is a helpful part of any attempt at changing behavior [and] practicing the process of restoration in our daily life will significantly contribute to our long-term health in ministry by taking care of things the moment we recognize something needs attention.”

During the course of my ministry, I have seen the danger of both extremes pertaining to forgiveness. In my experience, I would attempt to facilitate a balanced and biblical perspective by teaching the fundamental reason of seeking forgiveness stems from wanting to restore communion with God and not just to be free of guilt and shame. Part of sowing and reaping means there are consequences to actions. Each party involved in the forgiveness and reconciliation process must make up in their own mind if God is big enough to help them move through it. The practice of forgiveness and reconciliation is an ongoing one, just as it is with our walk with Christ. What people must understand is that if we want God to forgive our sins, we must be willing to forgive the trespasses against us. That doesn’t mean you pick up right where you left off, but it does mean you are willing to move past it and not hold their past in the way of their future.