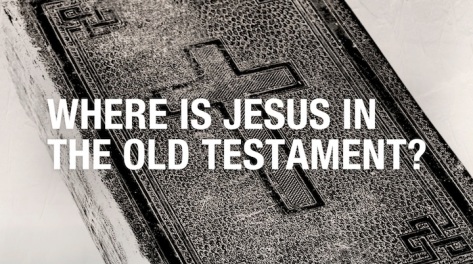 Jesus is the theme of the Old Testament and the entire metanarrative of the Bible points to Him and the New Testament reveals how all prophecies either were fulfilled by Jesus or will be during His second coming. According to Iain Duguid, “when you interpret the Old Testament correctly, you find its focus is not primarily stories about moral improvement, calls for social action, or visions concerning end-time events. Rather the central message of the Old Testament is Jesus.” Today we are going to look specifically at scriptures, which foretell and point to His suffering and glory, as well as His death and resurrection.

Before we get started I must caution you in efforts to find Jesus in every chapter or verse of the Old Testament. Instead, you must understand who the original audience was and what the proper context was before you can attempt to link either Jesus to the passage or even the passage to your own lives. You cannot move to practical application without a clear understanding of who wrote it, whom it was written for, and why it was written before turning it into a timeless truth or associating it with Jesus. Each passage must be examined according to its historical and literary context.

Jesus represented the New Covenant between man and God because the problem with all the previous Covenants was the people continually sinned and as a result they were judged. The first passage we are going to look at is found in Jeremiah 31:31-34: “The time is coming, declares the LORD, “When I will make a new covenant with the house of Israel and with the house of Judah.” This passage is crucial in linking the Old Testament to Christ because it is the only reference in the Old Testament to a New Covenant and the writer in Hebrews quotes this passage in chapter 8:13 saying: “By calling this covenant “new,” he has made the first one obsolete; and what is obsolete and aging will soon disappear.” Duguid then states, “In the context of that history of sin, only a covenant based on God’s free gift of grace to us in Christ could actually achieve God’s purpose to make us His holy people.” Sin had drove a wedge between God and His children and Jesus was the only way for humanity to truly be saved.

Another area, which points to Jesus in the Old Testament, is found in the divisions of the books and their three distinct parts as well as how they are arranged: the Law, the Prophets, and the Writings. Each of these sections looks forward to Jesus and as Duguid concludes, “History is the story of God carrying out His grand plan in this world for the redemption of His people in Christ.” Jesus in Matthew 5:17-20 said he came not to abolish the law, but to fulfill it essentially restoring the point of the law. To obey the law is to know God and our obedience flows from our love for Him and our adherence to it is proof God is the priority in our lives. The ultimate role of the prophet was to look ahead while also predicting and proclaiming the arrival of the Messiah. In the Old Testament, there were three elevated offices: prophets, priests, and kings. God anointed the people who were appointed to these offices just as Christ was anointed to act in all these roles on our behalf.

In addition, the three primary ways of receiving God’s revelation also point forward towards Jesus. While these are not mutually exclusive, they represent the embodiment of Jesus. Duguid elaborates further by classifying them as, “indirect special revelation: Israel’s history, through direct revelation: the prophetic word, and through general revelation: which is by definition indirect.” It is important to remember Jesus read and studied the Old Testament scrolls and it was here where He found His identity and purpose in life. We too, as we read the Old Testament are introduced to Jesus as well as God’s future covenant. The mission God gave Jesus has also been passed on to us in the form of the Great Commission by way of enacting the Great Commandment. The first is rooted out of the Shema found in Deuteronomy 6:4-9 and the latter part was added by Jesus and was the way the world would know we were His disciples. In essence, Jesus was instructing us to love people to Him.

Some of the best examples of Jesus being foreshadowed are found in the Psalms and the wisdom books. In these books, it becomes evident the fear of the Lord is the beginning of wisdom and as Duguid points out, “From [Jesus’] earliest days, His entire existence was dominated by the fear [and admiration] of the Lord.” Ultimately, Duguid is illustrating that Jesus came to us to show us how to live our life according to God’s divine plan without sin. Duguid further elaborates by saying, “Jesus thus fulfills in Himself all three divisions of the Old Testament: He is prophet, sage, and sacred historian, as well as prophet, priest, and king.” Ultimately, without Jesus, the Old Testament is nothing but a book of unexplained rituals that do not make sense, a book of unfulfilled prophecies, and a book of impossible standards to uphold.

As a result of man and woman’s choice to rebel against God, sin entered the world. The earliest example of Jesus being foreshadowed in found in Genesis 3:15: “And I will put enmity between you and the woman, and between your offspring and hers; he: [Jesus] will crush your head, and you will strike his heel.” Despite human wickedness that has resulted from the fall in the Garden of Eden, God’s final word has always been grace, which has always left a remnant. Having free will made what man wanted a reality, so when man wanted a king; God gave them a king, but only after warning man of all the good and bad that would result. Even in King David, our model of worship and a man after the Lord’s heart we see wickedness and betrayal, yet God still used Him. The same way God has used fallen people throughout the Old Testament, He is using us in our redeemed state, which was only made possible through the death, burial, and resurrection of Jesus Christ: the spotless Lamb who was offered up as the perfect sacrifice to wash away man’s past, present, and future iniquities and sin.

The life of Jesus is often paralleled with that of the Israelites. For example, when the Israelites wandered in the desert for forty years due to their lack of faith in God and grumbling, we see Jesus during His forty days and nights in the desert being presented with all the same temptations as the Israelites were, yet unlike the Israelites Jesus never lost His faith; instead He used the Old Testament scriptures as His defense against Satan. Unlike Israel, Jesus remained obedient and just as Isaiah prophesied; Jesus became the suffering servant and ultimately extended the covenant to Jews and Gentiles. Jesus was the Davidic king foretold of in the Messianic Psalms and as Duguid points out, “Jesus is not only the new Adam and the new Israel, He is also the new David: Great David’s greater Son.” God’s promise was that a son of David would always sit on the throne and this promise is only fulfilled if Jesus was the embodiment of that promise. While the Old Testament deals primarily with the suffering and resurrection of Jesus, Duguid proposes, “At its height, the Old Testament gives us a glimpse in advance of who Jesus is.”

When looking into the Old Testament scriptures for any sign of Christological significance and how they help us to understand the person of Jesus, a great tool, which helps Christian’s, understand the future Messiah is utilized through a technique called sensus plenoir or a fuller sense to similar texts. Hosea 11:1 and Matthew 2:14-15 are a great representation of this technique. Gordon Wenham highlights, “In the prophecy of Hosea, this is just a historical comment on the exodus of the Israelites from Egypt, but Matthew, seeing Jesus as the true Israel, applies Hosea’s historical comment to the life of Jesus.”

There are several Old Testament passages, which were directly to be understood as the Messiah. Examples of these include Psalms 72:8-11; this must be true because there is a reference to a King having dominion from sea to sea and this could only pertain to the Messiah and the dominion He possesses. Another example is found in Psalms 110 where we see the future King is seated at the right hand of God. Without Jesus and His universal sovereignty over every nation, we as a people are nothing but a broken branch with no hope or meaning in life. God has revealed Himself to us through creation and His word, so as we read any passage of scripture we should remember everything has and always will point to Jesus Christ our Messiah and Savior. In closing it is imperative you know, “When Christ left the tomb, he was raised on high, and is now enthroned in glory, at God’s right hand…[and] having died with Christ we live with Him and in Him.”

Bruce, F.F. The New International Commentary on the New Testament – The Epistle to the Colossians, to Philemon, and to the Ephesians. Grand Rapids, MI: Wm. B. Eerdmans Publishing Co., 1984, WORDsearch CROSS e-book.