“Trust in the LORD with all your heart and lean not on your own understanding; in all your ways acknowledge him, and he will make your paths straight.” Proverbs 3:5-6 (NIV) 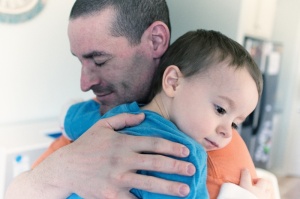 John F. Kennedy once said, “Do not pray for easy lives. Pray to be stronger men.” Errick Springfield personified this statement. He was known in school for both his physical and mental strength, but later in life, he would be known for his spiritual strength as endured 3 years battling a very aggressive stage IV cancer which metastasized to other areas of his body. Despite his athletic prowess, Errick’s ultimate legacy will be how he walked out the final days of his life and despite the numerous surgeries and treatments which would have killed most people; his faith and trust in the Lord only grew stronger.

This loss of such a great man has really impacted me and inspired me because we are the same age; we are both husbands and fathers and despite the horrible things I have had to walk through in recent years, none of them compare to what this brave man of God battled through. Near the end, his only sadness was leaving his wife, his 2 year old son and all his family and friends behind.

I was so encouraged to see how Errick and 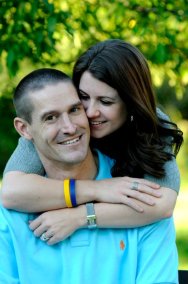 his wife chose to live their lives. When trials present themselves, you can either cling to God or you can run, but as they clung tightly to God’s promises, He gave them comfort and peace which transcended all understanding. When others would quickly have quit and even as this cancer robbed him of his future here on earth, he never gave up on God, his family or his friends. Errick finished the race strong and he persevered all the way to the end! The way he lived his life should be the standard upon the way we live ours. He didn’t live each day as though it was his last; he lived each day as though it was the last of the people he came in contact with. When you met Errick, you knew there was something different about him and that was the love of Christ in him.

Errick allowed God to do so much not only in him, but through him! If you knew Errick or came in contact with him, the light and compassion of Christ would shine through him so brightly it would nearly blind you. His heart for his family inspires me to be a better husband and father and his heart for the Lord inspires me to pick up his torch and continue what he started. I pray God watches over Errick’s family and I hope one day in the future I will have the opportunity to tell Errick’s son what an awesome man of God his daddy was and what he meant in my life. We will miss you tremendously Errick and I am so proud to have called you my friend.
http://www.ErrickSpringfieldDonations.webs.com