This weekend I went with my wife to see the Lone Survivor in the theater. I knew some of the story from the book and even though some of the storyline was tweaked by Hollywood, this was based on the true story of a four man SEAL team. The entire story was very moving, but near the end of the movie something took place that I can’t get out of my mind.

Luttrell, played by Mark Walberg was paralyzed from the waist down after sustaining multiple gun shots wounds, compound fractures and broken pelvis. His entire team was killed in action and he was all alone with multiple Taliban soldiers pursuing him when Gulab, a local Pakistani came across Luttrell after crawling for 7 miles.

Obeying a Pashtun code of honor called Pashtunwali; Gulab offered Luttrell asylum and protection, even though to most Luttrell was considered “the enemy.” “Pashtunwali is a respect,” the real Mohammad Gulab told 60 Minutes, “a respect for a guest who comes knocking at your door, and even if he is in need or he is in imminent danger, we must protect him. I knew I had to help him, to do the right thing, because he was in a lot of danger.” Even after the Taliban told Gulab they would kill him, his brother, his cousins and his entire family if he would not hand over the American, Gulab said, “No, I will protect him till the end.”

Most people operate by a certain set of principles, codes, beliefs or an ethos, so when I watched this scene play out in the theater, all I could think about was the story of the Good Samaritan. 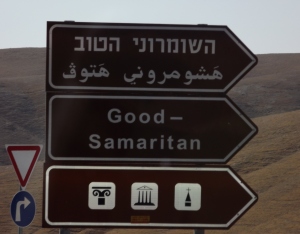 In this story, a Jewish man was on his way down from Jerusalem to Jericho and was beaten, robbed and left for dead. The only person to stop and give aid was the Samaritan who to the Jews were considered less than dogs. What could make someone who was so despised and looked down upon lend aid to their oppressor or enemy? It’s more than a conscience or sense of doing the right thing; it is love.
These stories to me are so moving because God tells us to love our neighbor, yet all we want to know is who our neighbor is. We are more concerned about justifying our actions than loving people and showing them grace and mercy regardless of their race, age, gender, or circumstances. You can’t love God and have hatred in your heart towards other people and we can’t be the light of the earth if we are afraid of the dark. In both of these accounts, these men chose to honor and love their neighbor regardless of who they were. People who show love and mercy are the greatest example of a true neighbor, so to be the light of Christ we wish to see in others we must show them the love of Christ by our actions.